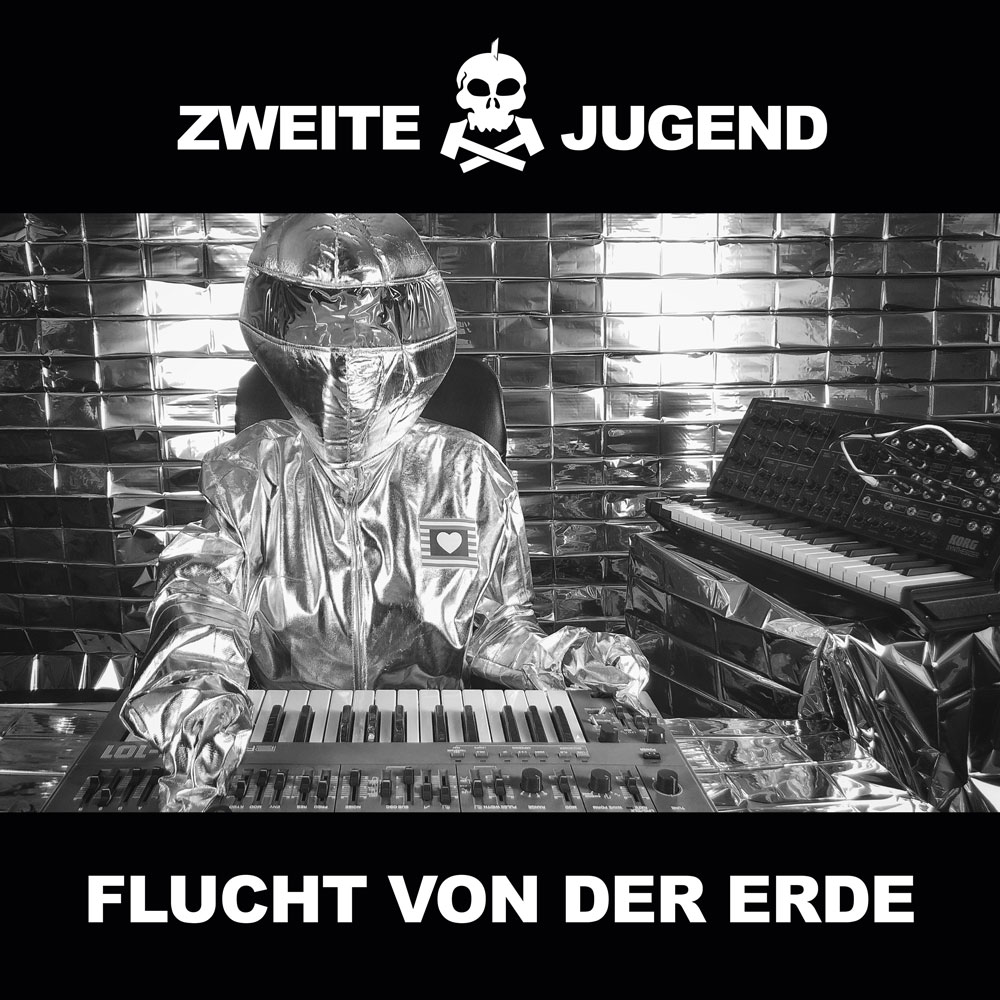 
This EP is an exclusively download and streaming release.

The year is 2163. The earth is inexorably turned towards its foreseeable end. A lonely cosmonaut - the last representative of his species - has to admit that it is pointless to dwell on his home planet. And he's off.

„Flucht von der Erde" is the second decoupled single from the album „Elektronische Körpermusik" by Zweite Jugend, which was released on 1 March 2019 and caused quite a stir. It is only the beginning of a gloomy time that seems dangerously close to the end. Now the band releases the opener of the album again as a single: An official music video was produced by the singer Eli van Vegas himself, as well as four thematically fitting remixes.