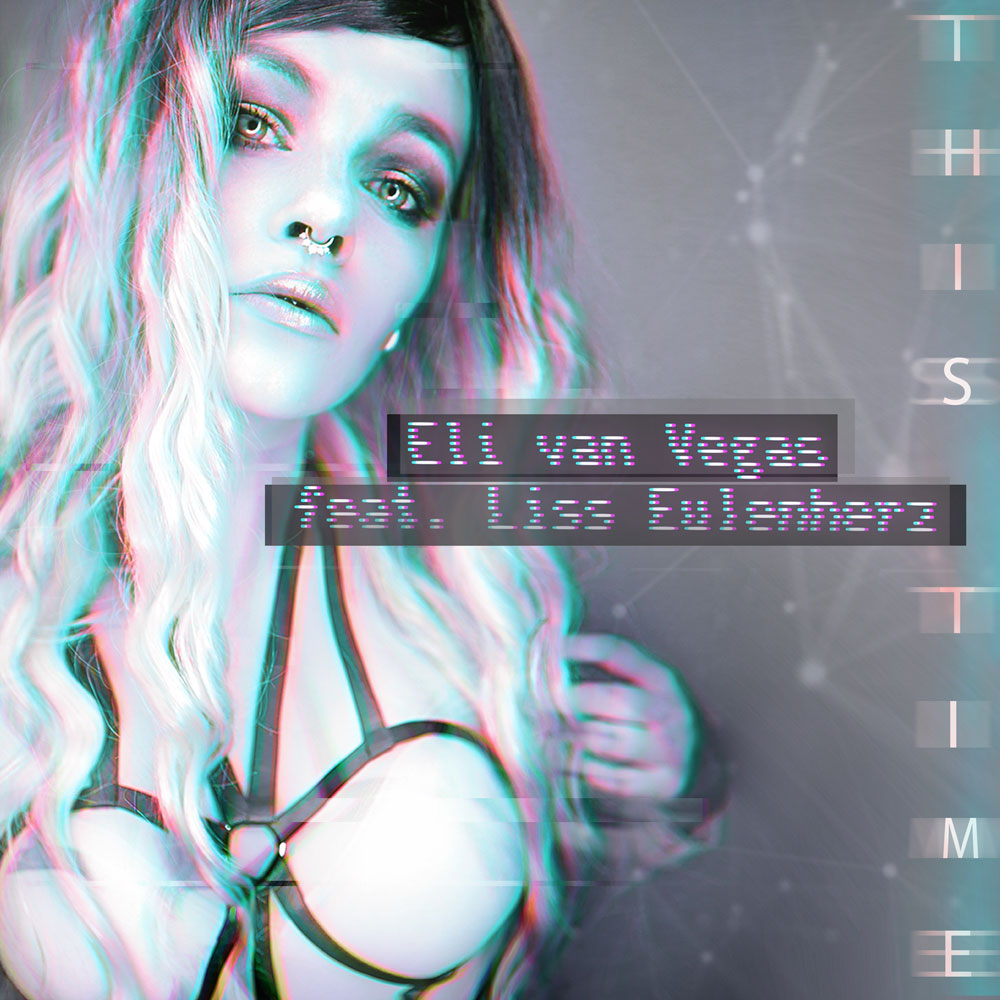 In collaboration with Liss Eulenherz (Sonorus7) our label signed artist Eli van Vegas produced a first single which is set to be released on November 15: This Time.

What if two artists, both well-known for their respective genres, collaborate? One answer might be this upcoming release. Eli van Vegas (singer of Zweite Jugend and Combat Company, both EBM) recently started to produce and release EBM driven and influenced Techno. After performing several live shows and having some DJ sets in 2018 and 2019, he now delivered „Mindset Alpha“ as a first EP. But this was not enough and so Eli decided to collaborate with a female singer: Liss Eulenherz (singer of Sonorus7, Future Pop). If you take a look on their careers you might think that these persons should have worked together already. Both are singers, composers, artists, designers, photographers, videographers and performing artists for many years. What if these similar talents collide? The final answer is the first track in a coming series: „This Time“.