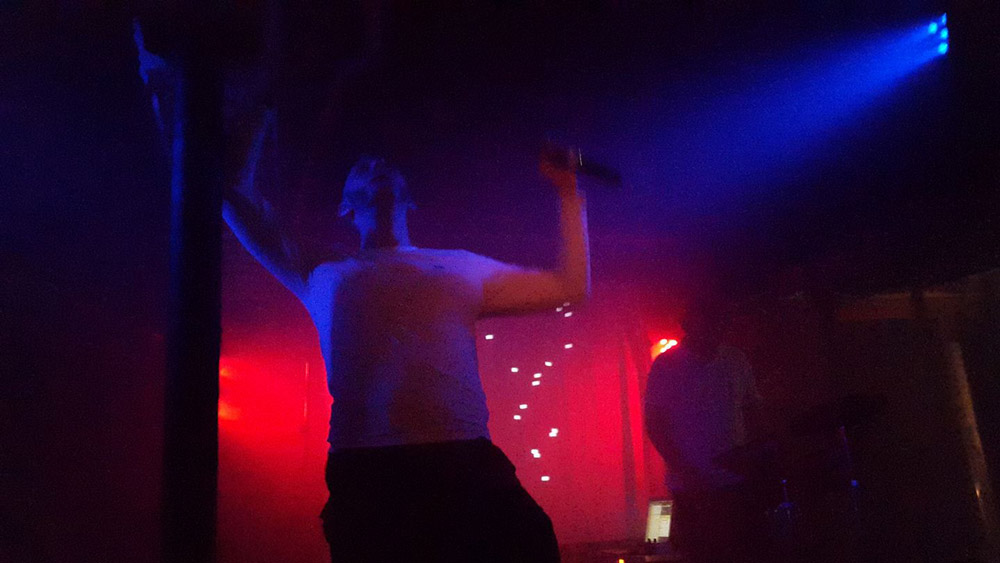 Combat Company is a EBM band from Osnabrück (Germany) which has been founded by drummer Homer and lead singer Eli van Vegas in the summer of 2006. The band names its style as Aggressive Body Music.

After a few years experimenting on sounds and giving different genres an influence on their music, the boys grew back to the first intention of what their output should sound like. With their first full time release "Guardian Angel" in 2010 this was clearly to see. Back in early 2013 Combat Company released their second album "The Minimal Us" which is a full oldschool drawn long player. Beside this Homer and Eli became a real live experience for their fans. A whole bunch of video screenings are shown to complete their performance. In late 2012 the band let a second drummer (Marcel) being in the live family on stage. Marcel did what he was meant to do: He gave the band a very catchy and well loaded firework. We will enjoy them every single time for sure.

In the middle of the year 2015 Homer and Eli split their collective work on Combat Company because of personal conflicts. Meanwhile Eli and Marcel started playing as ZWEITE JUGEND and now in 2017 recreated Combat Company without Homer.